Minneapolis/St. Paul, Minnesota, is the third best metro area for disc golf in the United States.

A brief anecdote about St. Paul from a Mental Floss article is the perfect example of the ethic that created the amazing disc golf hub that is the Twin Cities area:

In the fall of 1885, East Coast reporters visited Minnesota and called St. Paul 'another Siberia, unfit for human habitation.' The Saint Paul Chamber of Commerce responded by hosting a giant winter carnival replete with food, ice palaces, and winter sports. The event was held on and off over the years until the St. Paul Winter Carnival finally became an official seasonal tradition in 1946.

Like those 19th century St. Paulites before them, the Twin Cities disc golf community hasn't let the region's brief summers and harsh winters stop them from creating something everyone can enjoy. The area has a smorgasbord of top notch disc golf tracks as well as an abundance of leagues and weekly events. Add to that a "Minnesota nice" population, and you have a place that's the dream of most any disc golfer. In fact, Minnesota courses helped inspire the recent disc golf renaissance in the nation's #9 disc golf city, Dayton, Ohio (read the "History" section of that post for details).

Below you can learn about the history of disc golf in the Twin Cities, what the best disc golf courses in and around Minneapolis and St. Paul are, where to get disc golf gear in the area, and how to find leagues and tournaments. We also give recommendations for great places to get a bite to eat and wet your whistle and other off-the-course attractions.

Want to see who else made the list? Check out Top Disc Golf Cities – USA: 2021, our master page for all things Top Cities.

The Top 10 Disc Golf Cities – U.S.A. rankings are based on the number, quality, and density of courses within nearly 400 metro areas in the country. The rankings are based entirely on stats and not the personal preferences of anyone at UDisc.

If you'd like to learn more about the system behind these rankings, give "How The 2021 Top 10 Disc Golf Cities – USA Rankings Worked" a read.

The Twin Cities have played a part in so much disc golf history that for the sake of length, it's best just to make a highlight reel. Below we take a look at some of the most important and interesting disc golf facts and events connected to Minneapolis and St. Paul.

Anyone playing near Minnesota’s capital (and its twin) should be ready for their discs to get a few dents because it's a place where technical golf with plenty of trees reigns supreme. You can find some significant elevation and more open courses if you look for them, though. Take, for example, the Hyland Hills Disc Golf Course that plays on clear, grassy hillsides that turn into ski slopes in the winter.

To see photos, hole distances, and reviews for each course, just tap or click on its name, which is linked to its UDisc Courses page.

If you’re looking to buy some backups before playing in the Land of 10,000 Lakes, the place to get them is Gotta Go Throw, just over 10 minutes from the center of Minneapolis in Golden Valley. You can check out more of the area's disc golf equipment retailers on UDisc Stores.

To meet up with or get advice from locals, reach out to the over 6,500 members of the Twin Cities Disc Golf Facebook group.

Chow Down & Drink Up in Minneapolis & St. Paul

For gourmet burgers and a selection of craft beers in the Twin Cities, try out one one of four Red Cow locations. Those who want something other than a burger but like the sound of craft beer can peruse a list of breweries with food from Meet Minneapolis.

Southern soul food lovers should look into Revival, which has a few locations in the Twin Cities.

To get other recommendations in various food categories, take a look at some of the top area restaurants as chosen by readers of Mpls.St.Paul Magazine.

What Else is There to Do in Minneapolis & St. Paul? 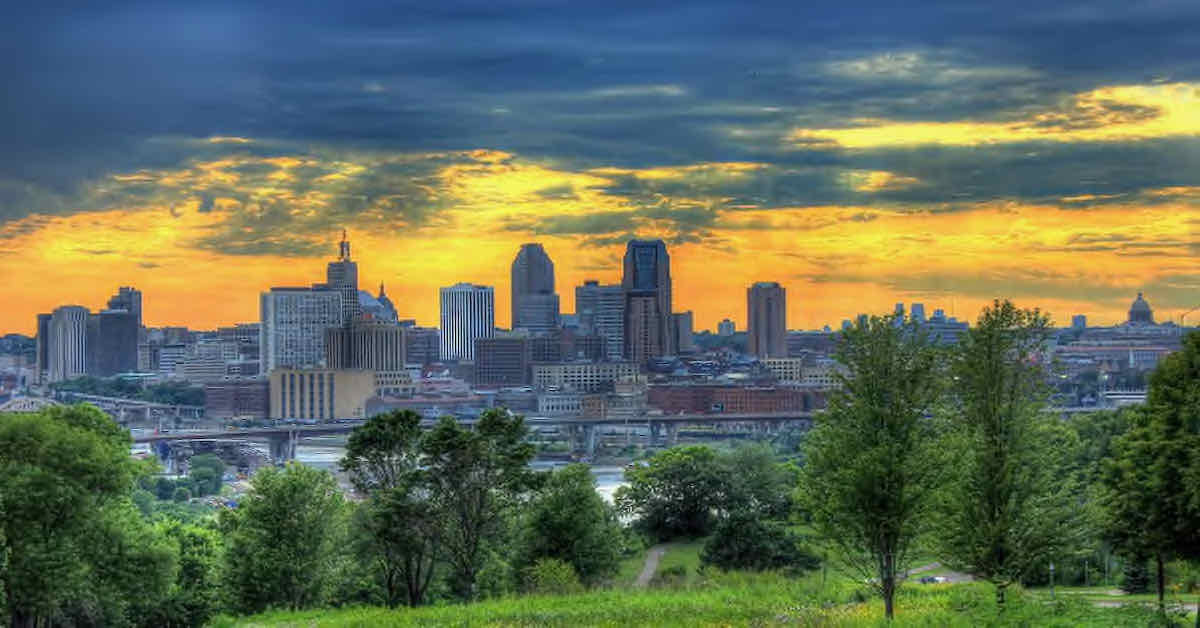 If you're looking for off-the-course entertainment, here are a few good places to go: