To me, a guy around 30 who sees competitive disc golf not as a future profession but a serious hobby, the 2017 disc golf season felt like pure chaos. Though I had a 12-point overall increase in my PDGA rating that year, it didn’t feel like I’d ever really progressed.

Why? I had no idea what would happen when I played a tournament. Making the podium or being in the bottom third of my division seemed just as likely at any given competition. After that year, the thing I wanted most was simple: Consistency.

Over the last two years I’ve worked to find it. In 2018 I climbed over the 970-rating mark for the first time, the rating the PDGA suggests players should have before playing in the Open division. I've stayed there in 2019 and throughout the year felt a confidence in my abilities I've never felt before.

Of course, I’m still looking to improve and am far from the perfect player, but there's no doubt my game is starting to stabilize. And below I share three areas I’ve focused on during this positive shift in my tournament performance that you can hopefully adapt to improve your own.

The most important thing you can do to be more confident during tournaments is to practice. Most importantly, use field work to practice specific skills and always mindfully practice a course before a tournament. Let’s tackle each of these types of practice individually.

A lot of people use field work to focus on one thing: distance. However, just cranking out max drive after max drive—especially if your form has severe flaws—will never make you prepared for a tournament. Instead, identify the weaknesses that are costing you the most strokes and dedicate your fieldwork to them.

For example, I’ve always preferred forehand for upshots, and in 2017 I was still forcing strange, risky lines with forehands rather than taking much easier backhand upshot routes. In the offseason, my fieldwork focused a lot on throwing putters backhand at my practice basket anywhere from 100-250 feet/30-76 meters away from standstills and with short run-ups. This gave me a new comfort level with the shot, and in 2018 and 2019, the ability to throw either angle saved tons of strokes and helped me approach courses far more intelligently than I ever had before.

As for practicing courses mindfully, what I mean is to think critically about each hole you’re going to play. It’s usually easy to visualize the perfect shot on a hole. However, it’s much harder to consider how you could throw so that the perfect shot is possible, but if you mess up, the mistake won’t put you in a terrible position. This requires throwing multiple shots during practice rounds, analyzing what mistakes you tend to make when driving on particular holes, and creating a plan of attack that you stick to when tournament time comes.

One of the things that I believe has helped me most to become a more consistent tournament player is simply learning to relax. In 2017, I put a lot of meaning into every hole and every round, so much so that an OB or bogey would weigh on my mind for much of the round, and a round or tournament that didn’t meet my expectations would have me sulking for hours afterwards.

But what I started to notice is that the players who were usually doing better than me weren’t doing any of that. Did they like bogeys or mistakes? Of course not. But they never seemed as noticeably affected by them as I was. And if they had a bad tournament round, well there was another one coming to make up for it.

After seeing this difference over and over, I’ve made a conscious effort to not let bogeys and mistakes affect my immediate mindset longer than until my next shot. I tell myself that mistakes happen, and there are more holes—whether in this tournament or the next—where I can do better and time to practice what went wrong between tournaments.

I’ve also not allowed myself to sulk too long about bad tournaments. But the happy reality is with the focused practice and more relaxed attitude during the round improving my average performance, I’ve had far less to be upset about in general.

If you’ve practiced a tournament course or courses sufficiently, you should know what scores you’re realistically capable of. When I enter a tournament, I try not to think about where I’ll place and instead create three tiers of scores.

The first score tier I come up with is “satisfied.” This tier matches the score I think would be an average  round, i.e. one with either a number of small mistakes or solid play with a disaster hole. Personally, I use my rating as a guide here, too, looking at previous PDGA round ratings at the course to come up with a score around my current level.

“Great” is the second tier. This is for rounds where there'd be only minor mistakes, no disasters, and I pick up a good amount of the birdies I think are possible.

The third tier is “bonus,” and it’s for those dream rounds where mistakes don't exist and even bonus birdie holes are going my way. The trick with these is if you reach “bonus” territory during a round way faster than you thought possible, don’t let it get to you. Keep calm and if something happens to change that perfect flow, keep in mind that you’re still going to have a “great” round as long as you stay focused.

Of course, just having these categories won’t change anything. You have to truly believe in them. If you were to play an entire tournament at your “satisfied” level, it needs to be a score you’d truly be satisfied with even if you wouldn’t be ecstatic. You also can never account for how other people play, and ratings on the same course will vary from tournament to tournament.

I admit it seems paradoxical that the point of playing a tournament is to compare your skill with that of others and this advice essentially says, “Make goals that have nothing to do with anyone else.” But creating these tiers—which I’ve adjusted upwards as my performance has improved—and truly believing in them has helped free me from the idea that where I place is all-important, and that freedom has resulted more relaxed and better play during tournaments. 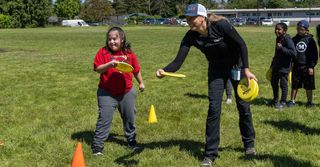 How To Teach Disc Golf To Kids
Can kids play disc golf? Yes! These tips will help make sure you teach kids to play disc golf effectively and safely.
Alex Williamson
Oct 20 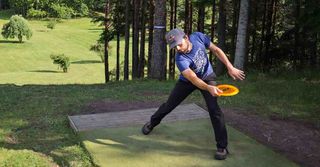 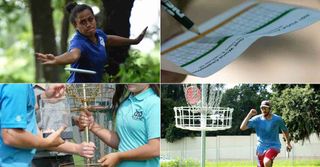 Disc Golf Tournaments: A Beginner's Guide
Your first disc golf tournament: What you need to know before playing it.
Alex Williamson
Apr 19 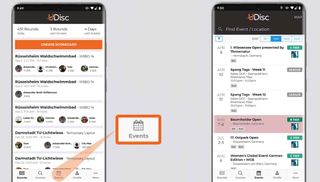 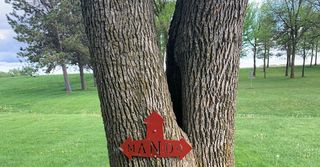 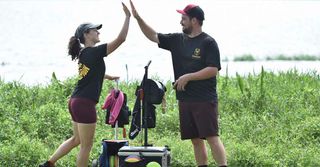 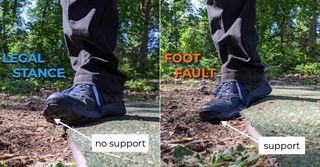 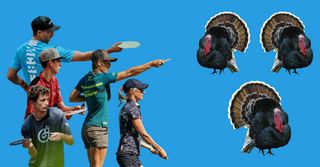 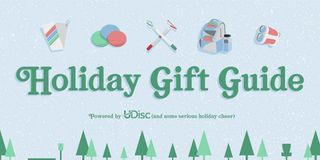 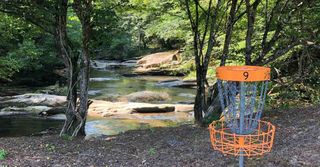 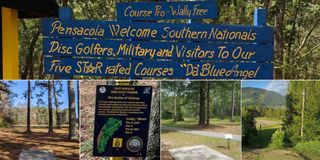